A wrestling headlock catches a lot of wrestlers off guard. Let’s learn how a wrestler can defend a headlock.

I have witnessed numerous veteran wrestlers get thrown in a wrestling headlock.

In my opinion, a wrestler should never get thrown in a headlock after he was wrestled for a couple of years. 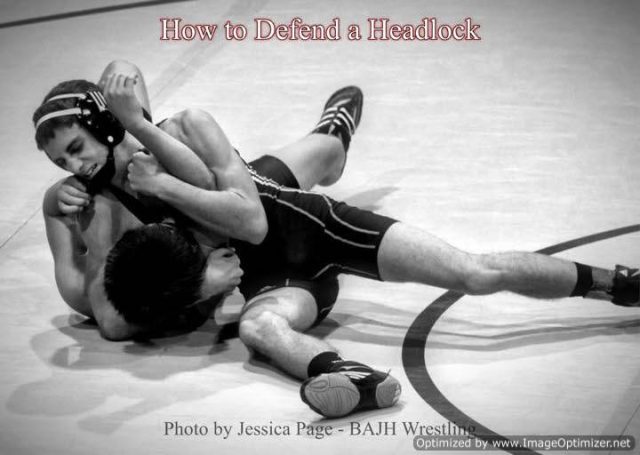 No Wrestler should go looking for Headlocks

Any decent wrestler knows how to defend a headlock.

A headlock is a move that young wrestlers use. You see a lot of headlocks in heavyweight wrestling. The only time an older wrestler should use a headlock is if it is blatantly given to him by his opponent or if a wrestler is behind and needs a home run to win a wrestling match.

Wrestlers Should NEVER be thrown from a Headlock

A wrestler should be learning how to defend a headlock in their first or second year of wrestling.

Defending a headlock should be entrenched in a wrestler so he doesn’t even think about it. As soon as he feels his opponent grabbing this head, he should automatically go into defense mode.

In fact, I would recommend adding headlock defense into your chain wrestling drills.

Having your wrestlers do situation drills where they defend a headlock will help them when they see headlocks in a real match.

Techniques to Defend a Wrestling Headlock

Here some of the tips on how a wrestler can avoid being thrown in a headlock.

Here is a great video by Mike Krause from NXT LVL Wrestling Academy. I like the way he teaches headlock defense.

I hope you enjoyed the article on defending headlocks. As an active member of the wrestling community, my goal is to grow this wonderful sport.