Take downs will win you more matches than anything else. Do you want to know how to go from a good wrestler to a great wrestler? Master your take downs and you will win more of those tough matches. 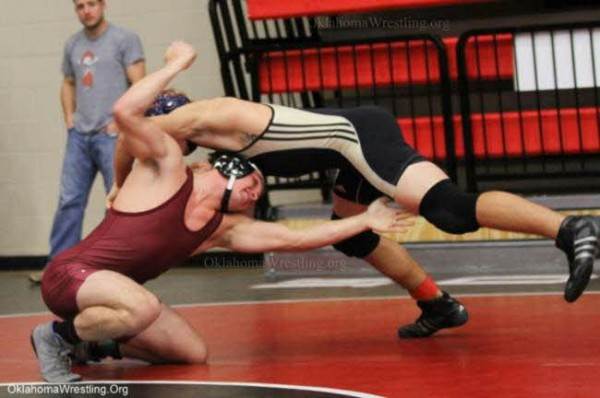 Why Take Downs are Important

Today the focus is improving your takedowns in folk style wrestling. Recently I watched a junior high wrestling tournament. I watched a lot of good wrestlers lose matches by two points or less. In most cases, the wrestler that won scored a takedown in the first period.

I’ve always heard coaches say “If you can take anyone down, you will win the match”. Let’s look at an example where a wrestler takes an opponent down and lets him up.

2nd Period – Wrestler B Chooses top . Let’s say wrestler B put wrestler A on his back, but doesn’t pin him. The score is now 8-7 in advantage of Wrestler A.

3rd Period – Wrestler A chooses neutral position. Wrestler Takes down opponent B 4 times. The Final score is 16-11. Wrestler A wins match because of take down ability.

This just one scenario where a wrestler is great at take downs, but is poor at the top and bottom positions. Obviously you want to be well rounded and improve in all technical aspects of wrestling.

How to Become a Master at Take Downs

The first thing you need to do is find three takedowns you really like. I can’t tell you what those are, because those are different for every wrestler.

After you have found three moves that you like, then you need to study those moves and practice them over and over again… until you do them in practice without thinking about it. Once you get to that point start using them in your wrestling matches.

Once you have mastered three moves, rinse and repeat. Learn three more takedowns. Don’t move on to new moves until you feel like you can take anyone down with those moves.

The difference between a good wrestler and a great wrestler is take downs. In my opinion, an elite wrestler has five or six moves that are his/her bread and butter moves.

One of the best ways to study wrestling moves is to invest in wrestling instructional DVDs. The advantage to buying the DVDs, is you can watch them over and over again.

This will allow you to focus on very specific techniques to improve your take downs. I recommend you take a look at dvds by John Smith. He is truly a take down technician. One of my favorites is Scrambling – Scoring from a Bad Position. You can read my read by review here.

And as always, feel free to post comments or questions in the comments section below, I’ll be happy to try answer any questions or comments.

I hope you enjoyed the article and if you are in the market to buy some wrestling dvds, please visit my sponsor and purchase your wrestling DVDs from them. Your loyalty helps keep this blog going.

Check out my page on Reviews on wrestling DVDs and instructional Wrestling Videos.

Do you have some feedback about this review? Be sure and connect with us on our Facebook page. Thanks for reading!