In a lot of high school wrestling programs, I notice the varsity squad gets a lot of mat time and the JV squad gets very little mat time.

Little league, junior high, and JV wrestlers are the future of any wrestling program.

Wrestling coaches need to figure out how to increase mat time for these wrestlers. Quality matches will prepare your kids for varsity when the time comes.

Getting maximum mat time should be part of the planning for any successful wrestling program. Today, I would like to talk about how to increase mat time for each and every wrestler. 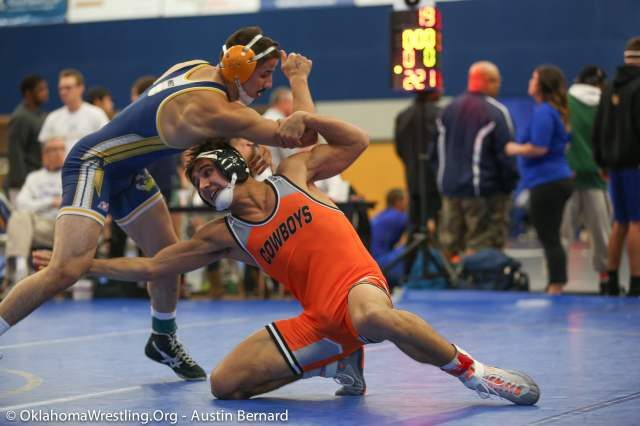 The best high school and college wrestling programs have developed plans to get every wrestler maximum mat time. This the reason that elite programs continually produce champions. If you look at programs like Oklahoma State, you will notice that the back up wrestlers are getting lots of mat time.

A good wrestling coach is one that has a plan in place to grow his varsity wrestlers AND his JV wrestlers. In fact, I would say the best high school coaches have put coaches in place that will develop his junior high and little league wrestlers.

In the town I live in, we are very fortunate to have a wrestling coach that does a great job of putting together a schedule that will build and improve his JV squad.

A wrestler needs to learn from mistakes to be successful. The best way to become successful is to get as much mat time as possible. A good wrestling coach should have a plan in place that will allow each kid to wrestle the maximum matches for a given state association.

Use Club Tournaments to get more Mat Time

JV wrestlers can use club tournaments to supplement mat time during the season. If done right, a wrestler can get some really good matches.

Club tournaments will require active involvement by the parents. Parents should schedule club tournaments around your wrestlers existing JV schedule.

You can also attend some high school tournaments in the fall that won’t effect your kids eligibility. The super 32 tournament is a great example.

in a previous article, I wrote about how summer wrestling makes winter champions. Wrestling coaches should make every effort to encourage his junior varsity wrestlers to wrestle freestyle and Greco during the spring and summer.

I’m a firm believer that kids who wrestle freestyle and greco are better prepared for the folk style wrestling season.

How Many Matches is Adequate?

This is different for every wrestler. A kid that is winning at least half of their matches will wrestle more matches than a kid that goes two and out at every tournament.

Remember the Goal is to Grow the Wrestler

At the junior high and high school level, the goal is to improve and grow your wrestler. I know that some parents will disagree with me, but the goal of extra club tournaments should not be to get more trophies as the main reason for going to club tournaments.

I’ve seen a lot of wrestlers that didn’t win a lot of matches in little league or junior high. Once they hit high school they started to become much better. In each case the wrestlers that improved were the ones that wrestled as many matches as they could every year.

Wrestling Program Only as Good as its Leader

A coach needs to remember that a kid is in his program because he/she wants to wrestle. A wrestler does not join a program to simply go to practice. Every wrestlers who joins a wrestling program, should have the expectation of improving as a wrestler and contributing to a championship program.

A head wrestling coach is a leader and needs to show good leadership by making sure that each an every wrestler is getting adequate mat time. I have great respect for wrestling coaches, but to not have a plan to grow your JV wrestlers is foolish.

I hope you enjoyed the article. I love this amazing sport and I want to see this sport continue to grow. The only way to to that is to get more mat time for every wrestler. Do you have a story you would like to share?