What is the meaning of wrestling? Merriam-Webster states the simple definition “is a sport in which two people try to throw, force, or pin each other to the ground”. The truth is a dictionary cannot give a true meaning of wrestling because wrestling means so much more than the definition in a dictionary. Most people who have never been involved in wrestling, don’t have a clue what this great sport is about. 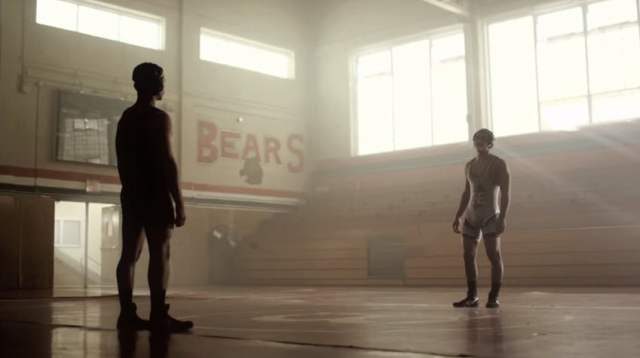 I watched the most amazing video on ESPN. The video talks about how a father was always there to cheer on his sons at their wrestling tournaments. He had a mantra that he always told his kids… NoQuit. Then the father gets injured and his son tells his father the same thing about never quitting. The wrestling video is one of the best I have ever seen. It is a very moving video. I think this video shows what the true meaning of wrestling is really about. In life, we are always going to face struggles. I think the important thing to take from this video, is there are 3 things that are most important in life. Those are God, Family, and NEVER giving up when life knocks you down. As wrestlers and anyone involved in a wrestling family, you should watch this video and get a perspective of what life should be about. Check out the video. Hopefully, you found this wrestling video useful. I think this video is great for the wrestling community. I bet I have watched this video at least 50 times. I cry every time I watch it.

Wrestling is More Than a Sport

The meaning of wrestling is so much more than a sport. Wrestlers train their butts off every day to be a great wrestler. They train to battle another human being and the goal is to win. Not only do they have to battle their opponents, but they also have to battle the wrestler’s diet. Win or lose the wrestler has to face it head on. Only those that have wrestled know what it’s like to push yourself and lose an important match. It’s easy to deal with a win because that means you are on track. It’s so much harder to deal with a loss. You have to face the fact that your best wasn’t good enough. Wrestling is about getting up when you fail. Even though we know losing is good for you, no one likes to face failure. Adidas has put together a great video that demonstrates the meaning of wrestling from the individual perspective of a wrestler. I remember what’s it like to lose, but sometimes you tend to forget. I like to watch this video when I want to put myself in my son’s shoes. https://youtu.be/bGPaxPVNYCY

I found this video about these two amazing wrestlers. It’s about a blind wrestler and a wrestler with no legs. Wrestling is a brotherhood and is about friendship. This video perfectly demonstrates this about wrestling. The blind wrestler(Leroy Sutton) carries the wrestler who is an amputee(Dartanyon Crockett). In my mind, the meaning of wrestling is no excuses. If both of these wrestlers can overcome their obstacles, then what is your excuse? ESPN also wrote a full featured story about the two. Beyond their physical disabilities, both wrestlers had lost their moms. It is very inspiring. https://www.youtube.com/watch?v=LLvzwIJvxc4

The Definition of Wrestling is Fighting the Good Fight

Sometimes the meaning of wrestling is fighting the good fight in your darkest hours. Mitch McKee and his family fought the good fight when his father was diagnosed with an incurable form of cancer. Mitch went on a mission to win a Minnesota state championship for his dad. He wanted to make his dad proud and forget about cancer… at least for a few moments. At the same time, his father was fighting the good fight by doing everything he could to stay alive. He was a good example to his kids and the wrestling community. I found an article on intermatwrestle.com that was written by Steve Elwood. He wrote a great story about Mitch and his family and their struggles through coping with a devastating disease. Take a few minutes and read the article. I think we could all learn about the meaning of wrestling from the McKee family. To continue fighting when times are the toughest is one of the best definitions of wrestling. Mitch’s father passed away shortly after winning his first state title. Mitch went on to be a 3-time state champion and will wrestle for the Minnesota Gophers. Here is a video that CBS news did, if you would like to watch it.

If you like the article, subscribe to our blog to receive our newest articles right to your inbox. if you felt this article was useful – I always appreciate feedback in the comments below.