Most wrestling parents should not coach their child.

In order to be a parent and a wrestling coach, you have to walk a fine line.

Wrestling is a tough sport. Every parent wants their child to learn how to be a good wrestler, It is easy for a parent to go overboard. I firmly believe that most parents are incapable of being a parent first and a wrestling coach second.

I won’t be surprised to get some push back from wrestling parents who coach their kid.

If you’re a wrestling parent who coaches your child, you need to take a step back and determine if coaching your child is in the best interest of your kid’s development.

Today, I’m going to list six reasons why you shouldn’t coach your kid in wrestling. 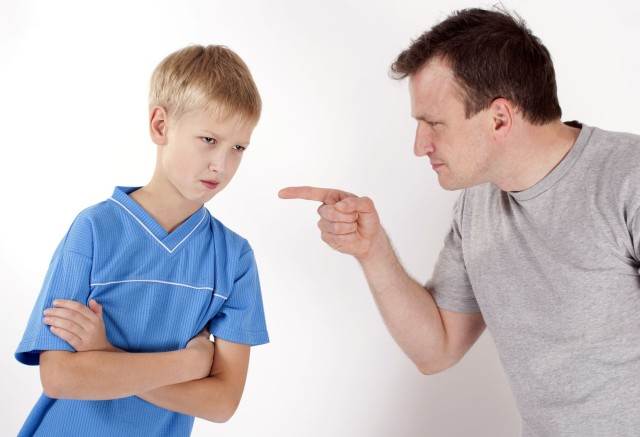 You Expect too Much from Your Child

Parents who coach their child are either too lenient or way too strict with their child. Most of the time a parent is too tough on their own child.

A wrestling parent coach expects perfection. If you are not focused on how to build self-confidence, you are setting your child up to fail. Your wrestler can never give you perfection.

If you are this parent, your little wrestler will most likely quit wrestling before high school. At the very least, you will be restricting your child’s potential because he/she will be afraid to fail.

I’ve seen way too many wrestling parent coaches lose their temper with their child. I recently watched a couple of six years old wrestling at an Oklahoma youth state wrestling tournament. I didn’t know either kid.

As I was watching this particular match, I was amazed at how young they were. Both kids were crying. You could tell both kids were giving it everything they had. I was thinking to myself how much these boys will improve by the time they get to high school. I didn’t know them, but I was proud of their effort.

As the match was getting near the end, I started watching both wrestling coaches. Both guys were very animated which is normal for this sport. What really bothered me was what happened when the match was over. The dad of the kid who lost grabbed his son’s arm and dragged his boy where no one could see him. I could hear him yelling at his son. I was thinking how bad this boy must feel because he feels like he let his dad down. I’m hoping this little boys sticks with wrestling and his dad decides to sit in the stands.

You Stop Being his Supporter

A child needs their parents to be his/her number one fans. This means no matter whether he lost or won, if your child did their best, you are proud of him. Being a parent is your number one priority. If you go from being his number one fan to his main critic, then you are not filling his emotional tank.

I think a coach who is not related to that child is best for offering constructive criticism.

Your Child Might Not Want you to Coach Them

I’m willing to bet if you could get your child’s feedback from an anonymous source, most wrestling parents would be surprised to hear that your child would prefer that you were not their wrestling coach. In these cases, a child will listen to any wrestling coach better than they will their own parents.

One of the biggest problems with coaching your own child is not being able to turn off your coaching hat when you are away from the mat.

Many parents are so focused on teaching their kid to be a better wrestler, that they are constantly trying to coach their child. Your child does not want to be coached 24 hours a day. They need quality parent/child time.

They need that time to focus on being a kid. If you have trouble switching off the coaching role, you probably should not coach your child.

One of the worst things that can happen from a parent coaching their kid is burnout. Trust me there are worse things than losing a wrestling match.

If you are constantly nagging your child or losing your temper, he/she will get tired of it. Your child might put up with it for a few years. Eventually, your child will decide it’s not worth it. He will lose his love for this wonderful sport and will quit.

I used to be the dad I’m writing about. I was so focused on helping my son get better at heavyweight wrestling, that I pushed him too hard. I’m embarrassed to admit that to the wrestling community. I look back and I realize had no business coaching my kid. Luckily I realized I needed to step back and be a parent before I caused my son to quit.

I’m not telling you this to preach at you, but I’m telling you this as a wrestling parent who coached my kid and made a lot of mistakes. I’m hoping you will take my advice and at least think about whether you should coach your child.

What are your Thoughts?

Do you have a comment about coaching your little wrestler? I would love to hear from you. Post a comment at the end of this article or on our Facebook page. I truly hope you enjoyed the article. My goal is to promote and grow the wonderful sport of wrestling.